This morning we headed along to the Bibra Lake Protest Rally against Roe 8 at the public area on Progress Drive. Despite the stifling heat, thousands of people turned up to protest against the Perth Freight Link Project and the Roe 8 highway extension.

It was an awesome turnout and I hope it goes a long way in showing the State Government how so many people are furious about the proposed Roe 8 highway extension being built through the stunning wetlands of Beeliar Regional Park - which would impact on the homes and breeding areas of its native wildlife, including more than 160 species of birds, endangered Carnaby's Black Cockatoos among them. 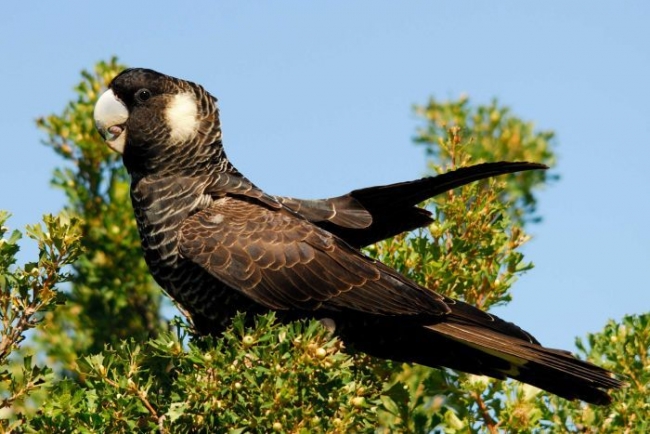 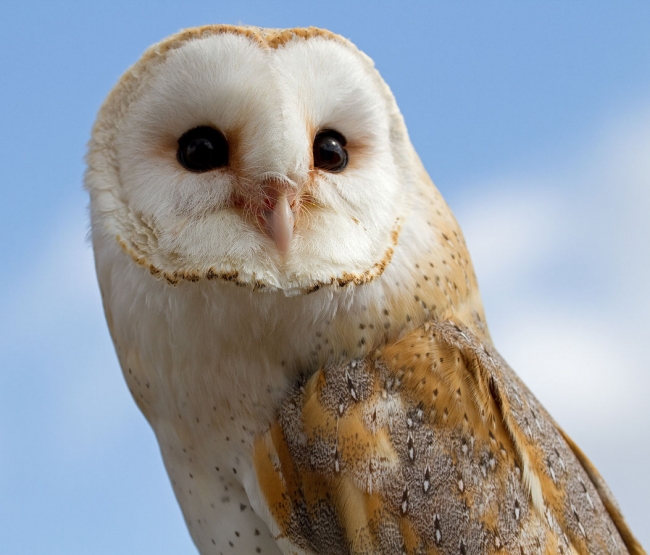 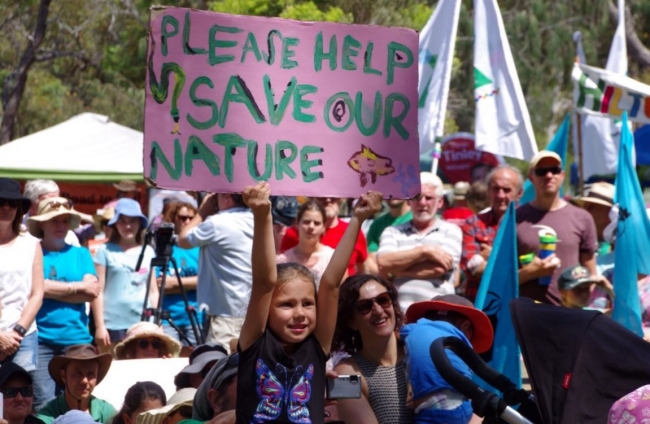 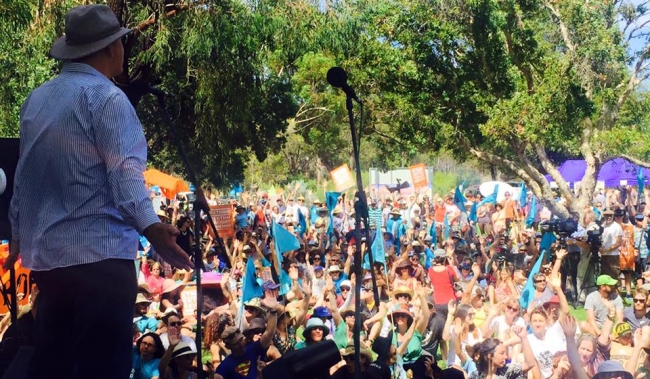 Photo from Peter Tinley AM. 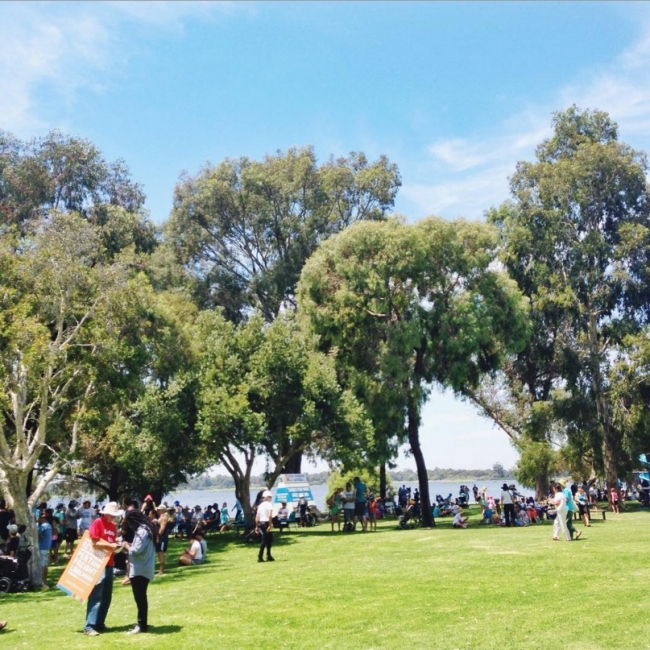 Okay, I know it is not often that I post about things like this. But this project makes me angry. This is not progress. This is a poorly planned, $1.6 billion Perth infrastructure project that is going to negatively impact on hundreds of Perth families as well as our state’s most special wetlands.

I love to go down to Bibra Lake to run with Nala. The lakes are a part of Perth that you visit and you feel like you could have gone back in time. It is no surprise they contain numerous sacred Aboriginal sites. There is something magnificent and calming about them. 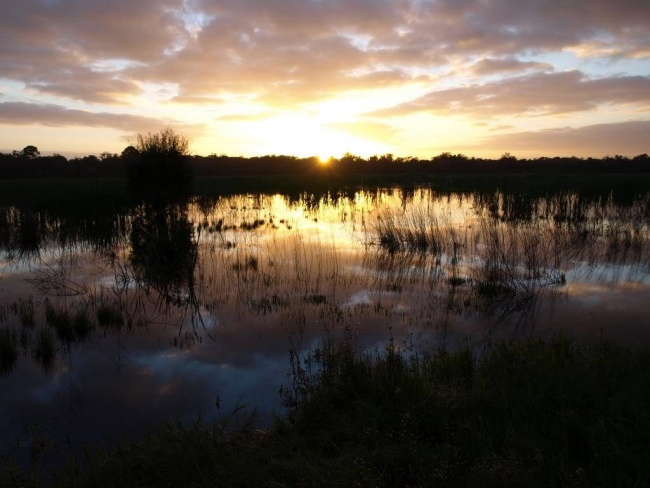 Beeliar Wetlands at dusk. Photo from Rethink the Link.

While I feel sad that the Roe 8 highway extension will have a negative impact on numerous quiet, family friendly suburbs, to me what is even worse is that it will permanently damage some of our city's last and most precious remaining wetlands, and the homes of the amazing wildlife that live here. The Beeliar Wetlands are home to turtles, bobtail lizards, quendas, bats, frogs, brushtailed possums, frogs, micro-bats as well as many other reptiles, amphibians and mammals.

They’re also home to more than 160 species of birds (some very rare) including owls, black swans, Little Eagles, Tawny Frogmouths, galahs, Elegant Parrots, Red-tailed Black Cockatoos, Laughing Kookaburras and New Holland Honeyeaters. A friend of mine who works at the Bibra Lake Animal Rescue Centre is continually seeing a stream of birds and other wildlife handed in to the centre. 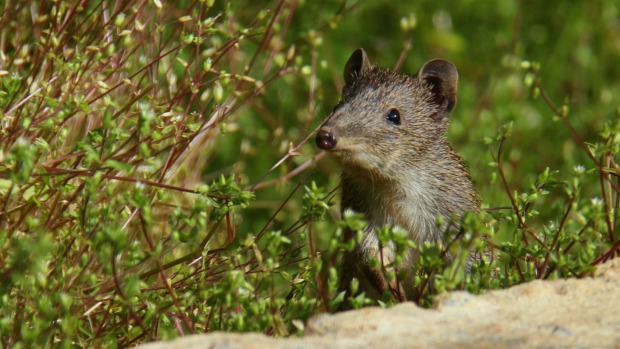 Quendas, also known as southern brown bandicoots, are cute little marsupials. With increasing urbanisation in Perth, their numbers have been declining since the 1990s. Much to Nala's irritation, we have quendas living in our front yard. Probably because I never weed it. Photo: Simon Cherriman. 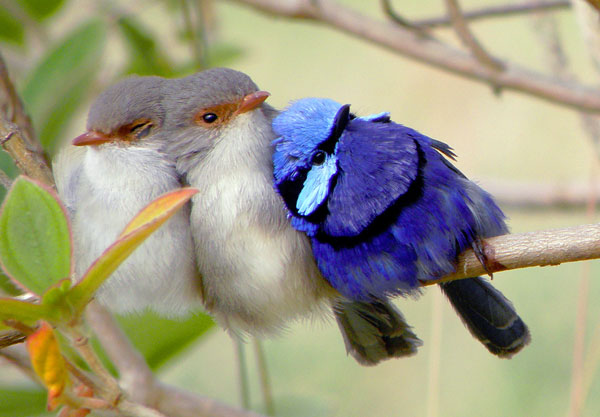 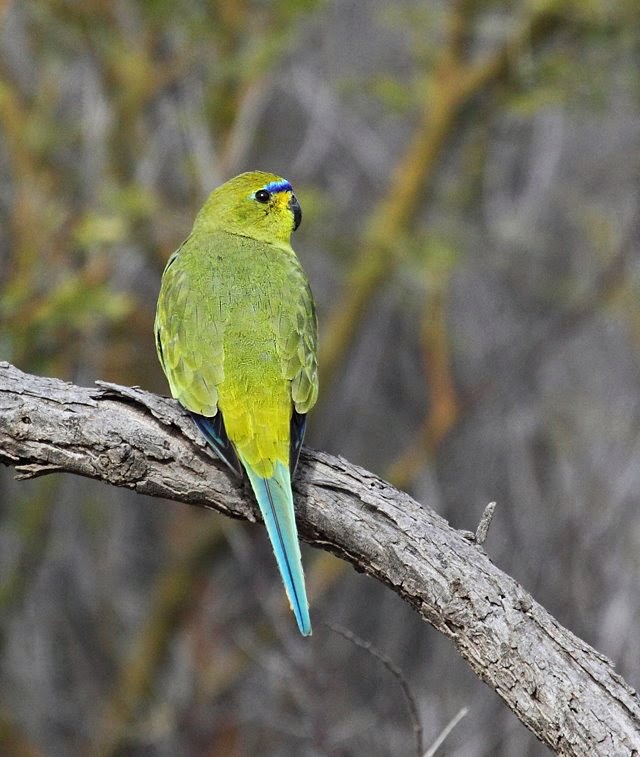 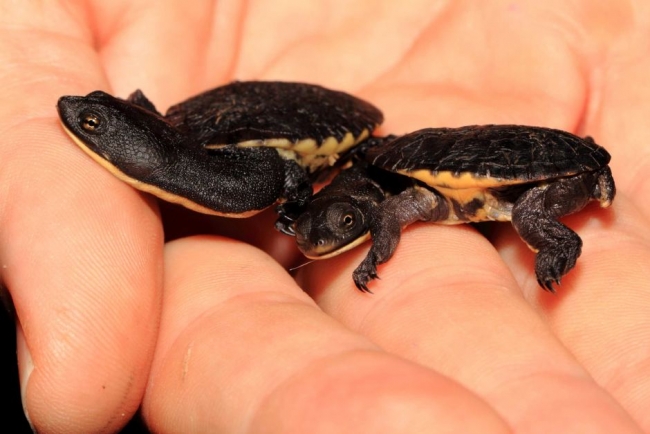 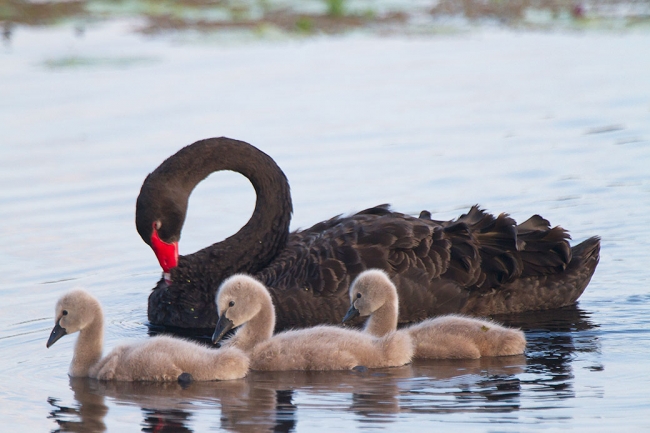 A black swan and her cygnets. Photo Common Ground Australia. 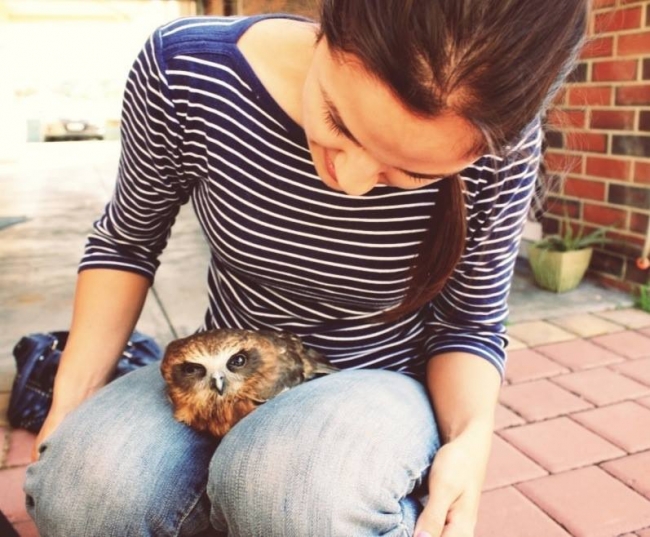 Southern Boobrook owls hunt and nest around the wetlands. This is me with a rescue baby that was handed in to my friend Carly's work. 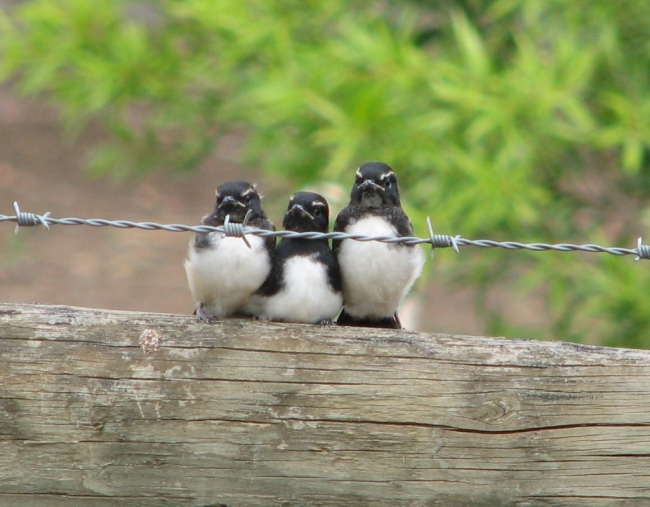 Little Eagles are seen around the wetlands. Photo David Kleinert.

The wetlands are also one of the last remaining habitats we have for the beautiful and endangered Carnaby’s Black Cockatoo. The Freight Link will destroy around 100 hectares of natural bushland, much of it the trees the cockatoos use for food and nesting. The wetlands should have a high priority conservation status. Yet the State Government is still trying to charge ahead with their destructive plans.

The controversial project would encompass Roe 8, a 5km extension of Roe Highway from Kwinana Freeway to just west of Coolbellup Avenue that will cut through some of our last remaining wetlands. It also encompasses ‘Section 2’, what Main Roads are calling ‘upgrades’ to Stock Road, Leach Highway, Stirling Highway and High Street. These “upgrades” would entail demolishing at least 20 houses in Palmyra in what some distraught locals are calling a real-life version of The Castle.

I hate Roe 8. An ‘initiative’ that pours concrete over beautiful Beelier Wetlands is not one created with foresight. If Roe 8 goes ahead, it will be the kind of thing generations of the future will look back on in disbelief and go, “What the hell were they thinking?”

The Beeliar and Bibra Lake wetlands are valuable and special sites that deserve conservation status. Ploughing a whopping great superhighway in there? Really backward. 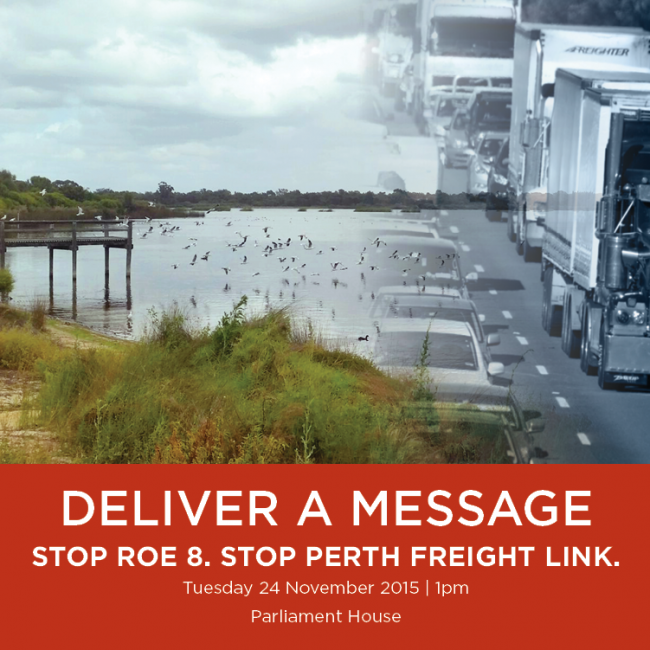 There’s still time to stop the work so if you see a petition about, please sign it. You can also sign online.

Jano - Sunday, November 22, 2015 at 10:10PM
A great post Maya. Such a beautiful place will not be destroyed to build an ugly road to nowhere.
Reply

Jacinta - Sunday, November 22, 2015 at 11:21PM
I could not agree more with everything you have said. I have been going to Bibra Lake since I was a baby and I cannot imagine how it is going to change it for my babies. My parents are already concerned about the future resale value of their house as it will run right behind them and my brother is moving my niece out of Coolbellup Primary as the changes are going to be so prohibitive to getting her to school on time without having to leave super early now that they have moved suburb. I am all for progress but surely there has to be a better way.
Reply

lee - Monday, November 23, 2015 at 9:45AM
Well said! We in WA are so so lucky to have such incredible wildlife and a mostly undamaged environment compared to most parts of the world, but unfortunately if you haven't visited places where you can't even hear birds you wouldn't know just how special places like the bibra lake wetlands are...... and how important it is to shout out and show you care. The area next to adventure world that has commercial now used to be wetlands with lots of water when I was a child, it disappears, and everyone forgets pretty quickly. Fingers crossed!
Reply

Katherine Mackenzie - Monday, November 23, 2015 at 11:52AM
Well said and I couldn't agree more!!! The lack of foresight some of these "infrastructure" decisions encompass is deeply concerning. I have been following Scott Ludlam's passionate protest against Roe 8 and really hope the message you all conveyed yesterday is heard loud and clear. Thank you for sharing x
Reply

Maxine Clarke - Monday, November 23, 2015 at 2:44PM
Excellent....like you have read my thoughts. I want to be able to continue to take the grandchildren to Bibra Lake and enjoy it just as it is....not severed by a concrete and bitumen piece of vandalism. I am not against progress or a road to the port (preferably being the outer port) but this is in the wrong spot and totally outdated
Reply

Carly - Monday, November 23, 2015 at 2:55PM
Nicely said Maya!! The wetlands are our future not this concrete monstrosity!
Reply

Myra - Monday, November 23, 2015 at 4:19PM
the fight to save this small area of bush land has been going on for such a long time now, but it is worth continuing. We live close by to North and Bibra Lakes, our children attend a school which will be next to Roe 8, if it is built, we have celebrated birthdays at the park, taken bush walks and seen many different small creatures which used to be common in the metropolitan area. now they take refuge in one of the last, relatively undisturbed areas. I want to continue to enjoy the splendour of the wet lands and see the numerous creatures. I don't want a big noisy road Carving my suburb in half and then going nowhere. re-think the link
Reply