Renovating Our Floors: The After Photos

Posted Friday, November 18, 2016 in: Nerd Life Before & After Obsessed With Our House

Good morning nerds! Today is a happy day, because today I am bringing you some ‘after’ photos - our recent floor renovation, where we had Karndean Designflooring vinyl plank floors laid over our existing old tiled floors.

My God, I love looking at before and after shots. You know how on Facebook it now brings up old photos that were taken like, two, four years ago, on this date? (It is a feature I have been really enjoying. Well most of the time. Note for future self: No you cannot pull off the blunt fringe. No matter how much you thought you would look like Rory in season 7 of Gilmore Girls. (Which was such a crap season to end the show, wasn’t it? Rory’s hair was probably the season highlight. How I rejoiced when I learned they were doing a season 8. Team Jess, people).

Rambling on... for the same sentimental 'walk through memory lane' reasons I love Facebook as a bit of a diary, I love looking at Before photos of my house (and other people's houses). I always tell people who are going to renovate to take TONS of before photos, because you would be surprised at how easy it is to forget to do so, or to forget how bad a space used to look if you don’t have a pictorial reminder.

So lest we forget: 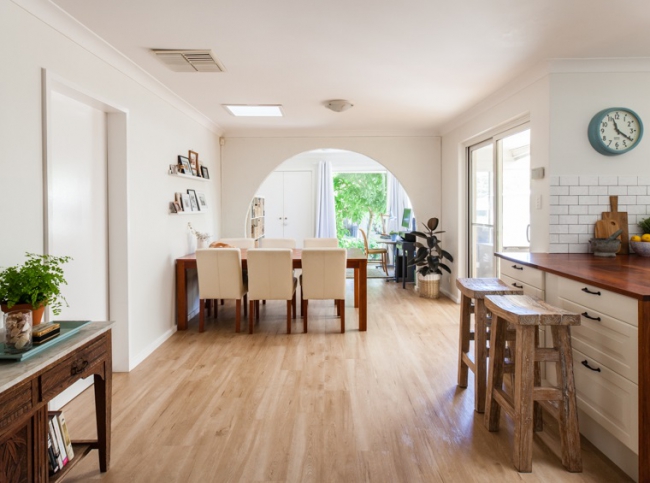 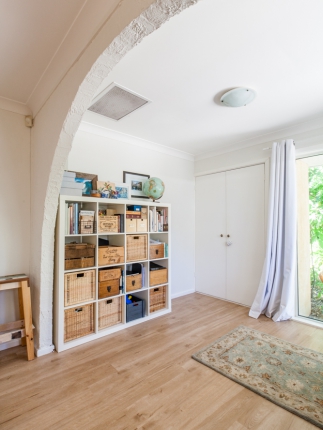 BEFORE & AFTER. I do experience lapses in taste. Just for fun, I dug up a before of when I thought it would be a good idea to paint my study a kind of lipstick pink, because it looked good in my in-laws house. Lesson learned: what looks good in a quaint 1950s character home might not look so good in a 1970s crap shack. Photo: Heather Robbins. 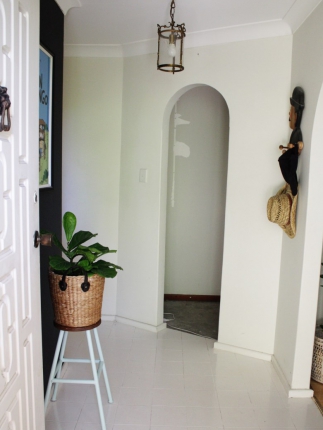 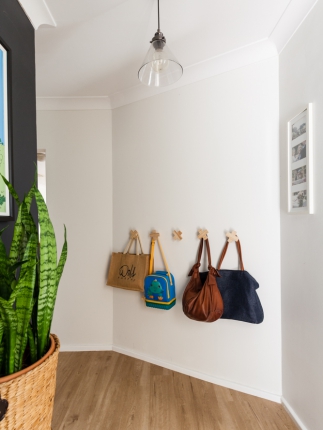 BEFORE AND AFTER. So 'before' it was when the walk-in pantry was still a '70s bar! Photo: Heather Robbins. You can see our full ‘before’ shots here in all their grossness.

But because I love seeing before and after photos side-by-side, I’m putting some as a refresher in this story. Thank you to Heather Robbins for taking these 'afters'.

How much better do the new floors look? Mr Nerd and I both agree that changing the flooring has been the one single thing that has had the most impact on the way this house feels. 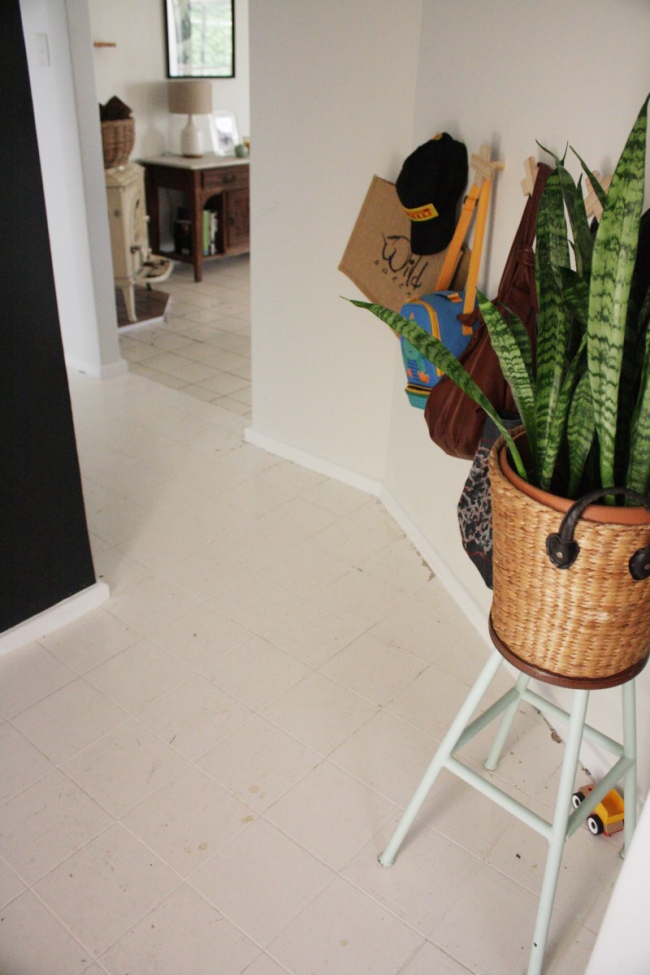 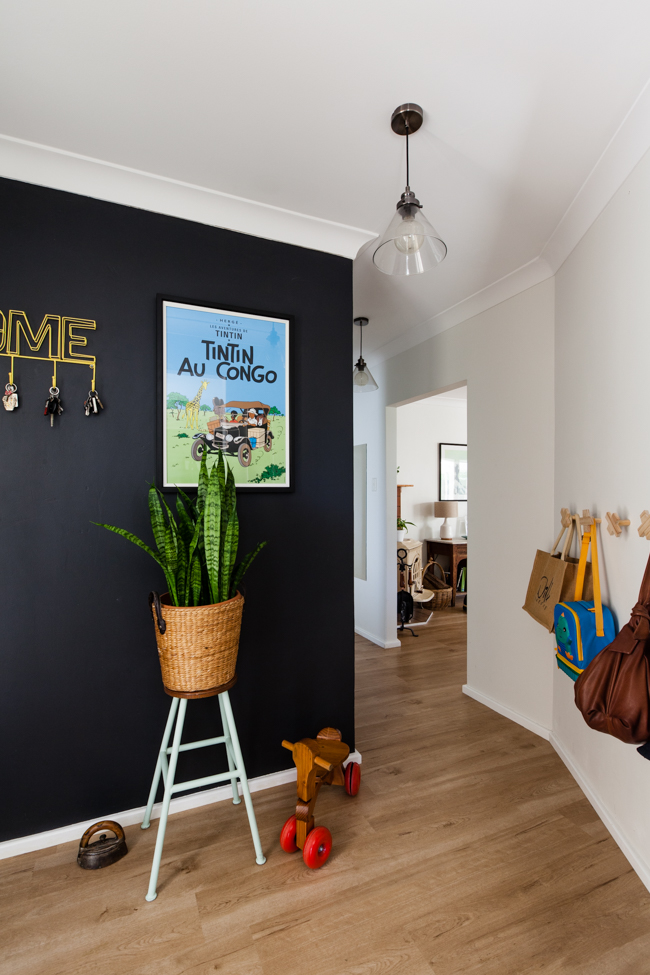 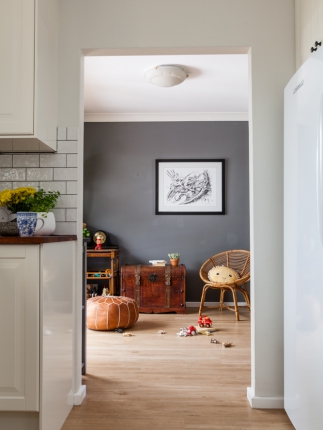 BEFORE: Little Nerd pointing out the floor for you in case you didn't notice it. 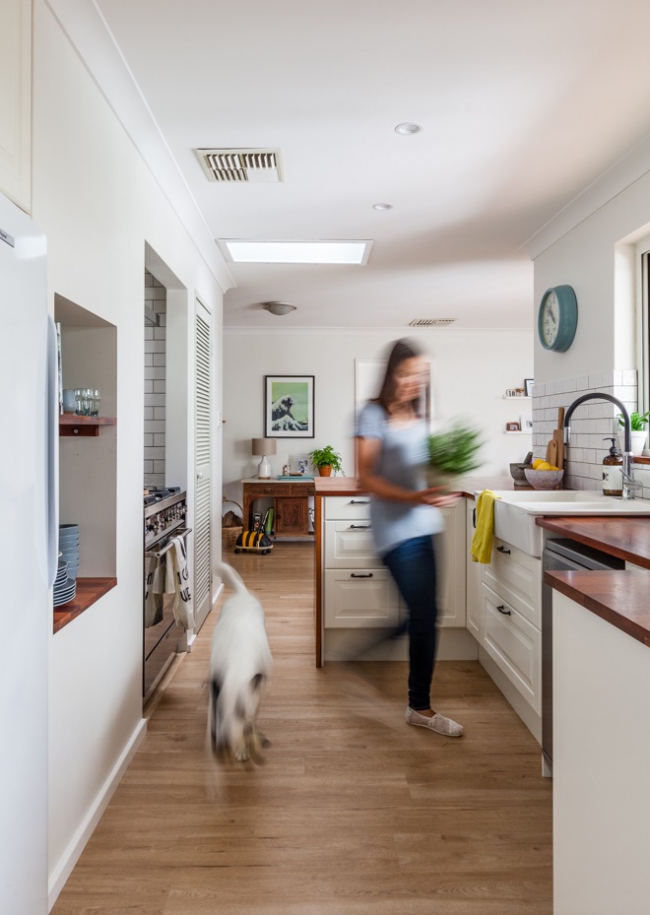 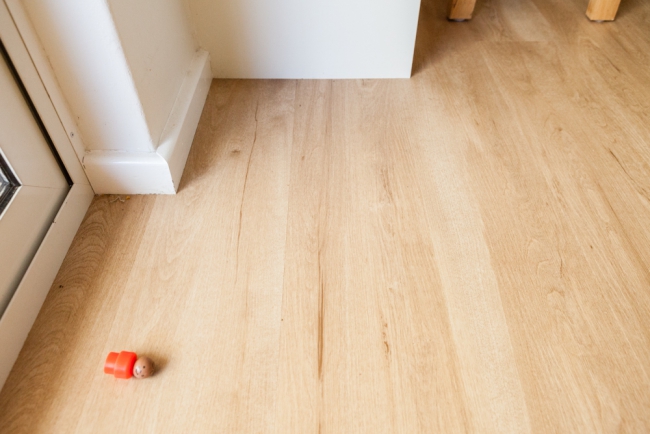 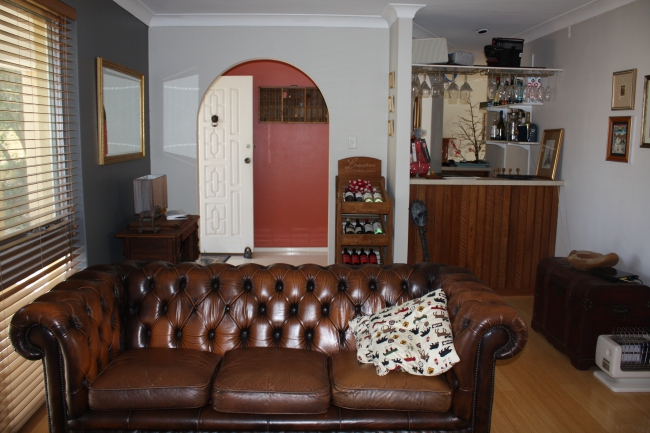 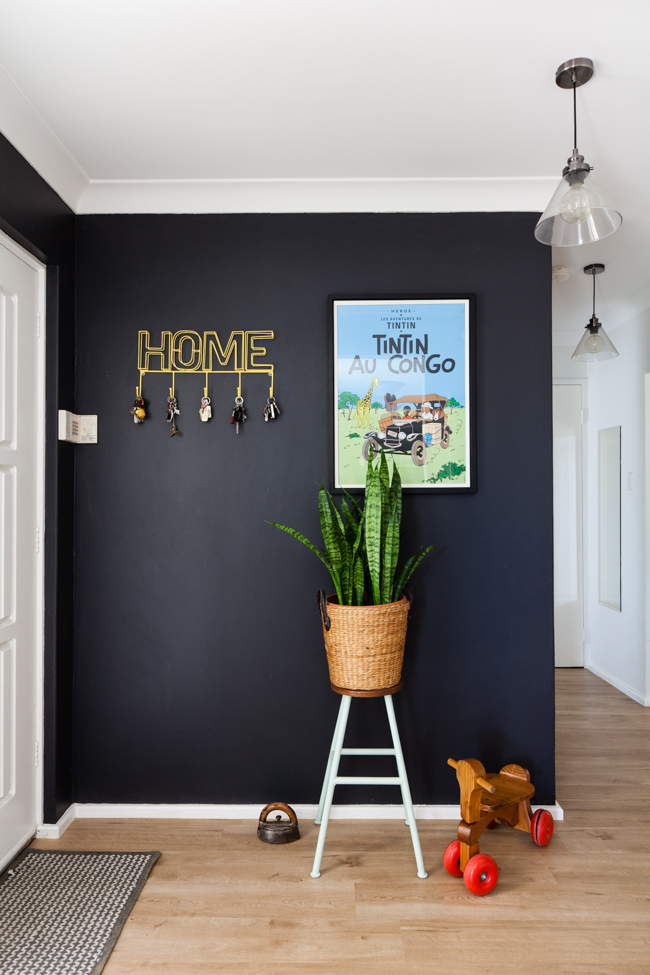 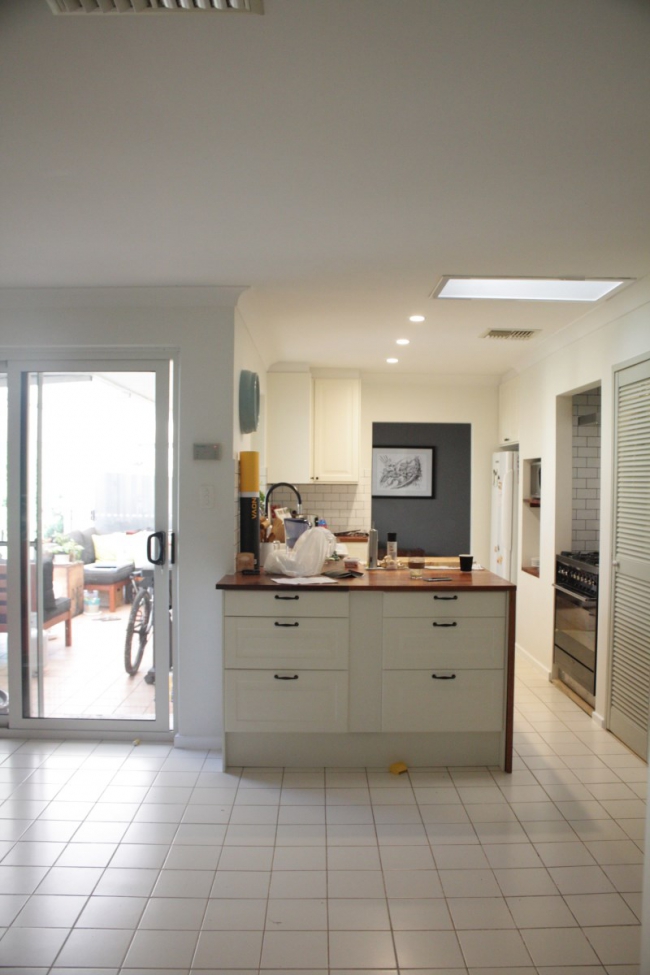 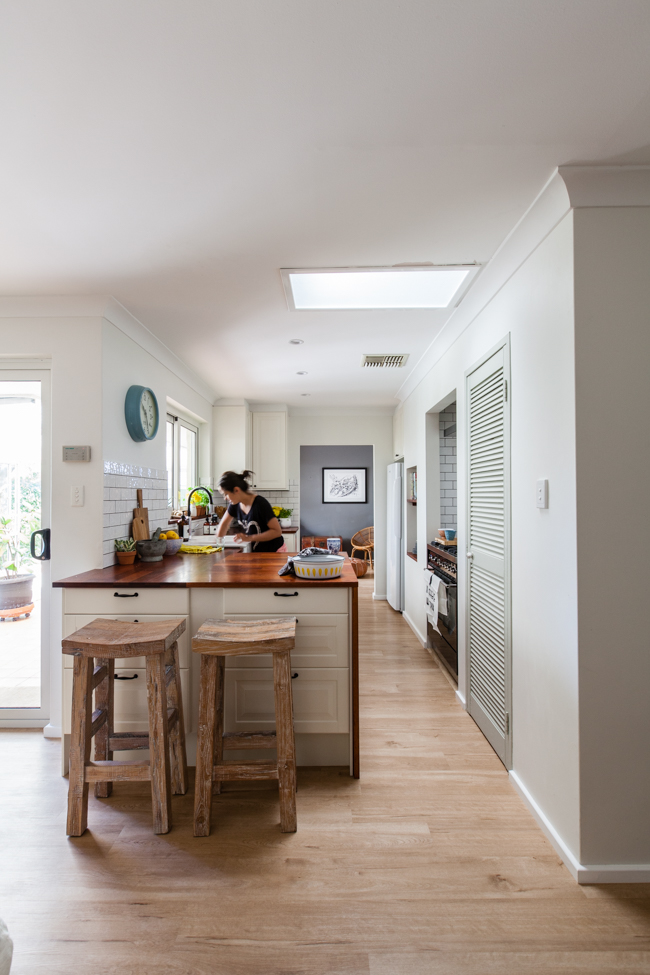 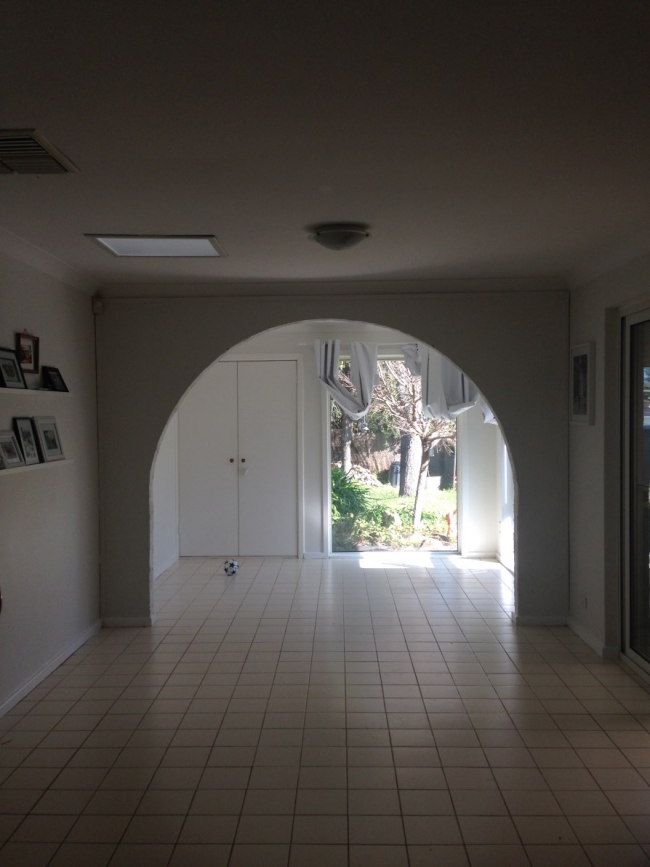 BEFORE: Minimalism is in... ok this is just when we moved all our furniture out so the floors could get done. 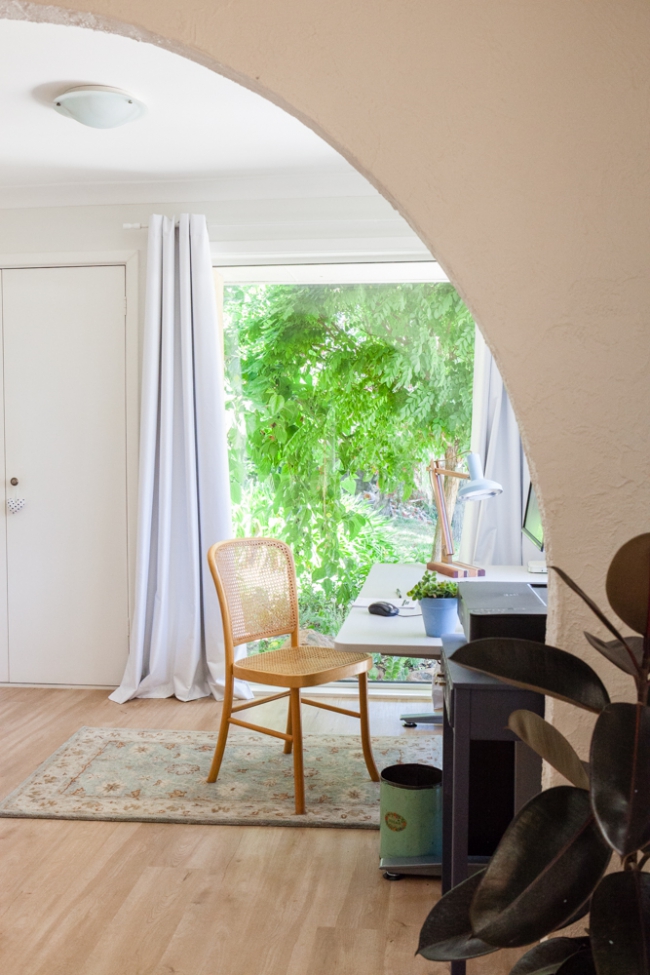 The floors we chose are Karndean Designflooring planks in their Birch colour and after spending ages deliberating on the colour (we even seriously tossed up going with black floors at one point) we couldn’t be happier with them.

They were expertly installed by George Knuckey and his team from Craft Flooring and I also couldn’t speak more highly about them (if you want floors done, he is your guy – no website so call him 0419 936 298). 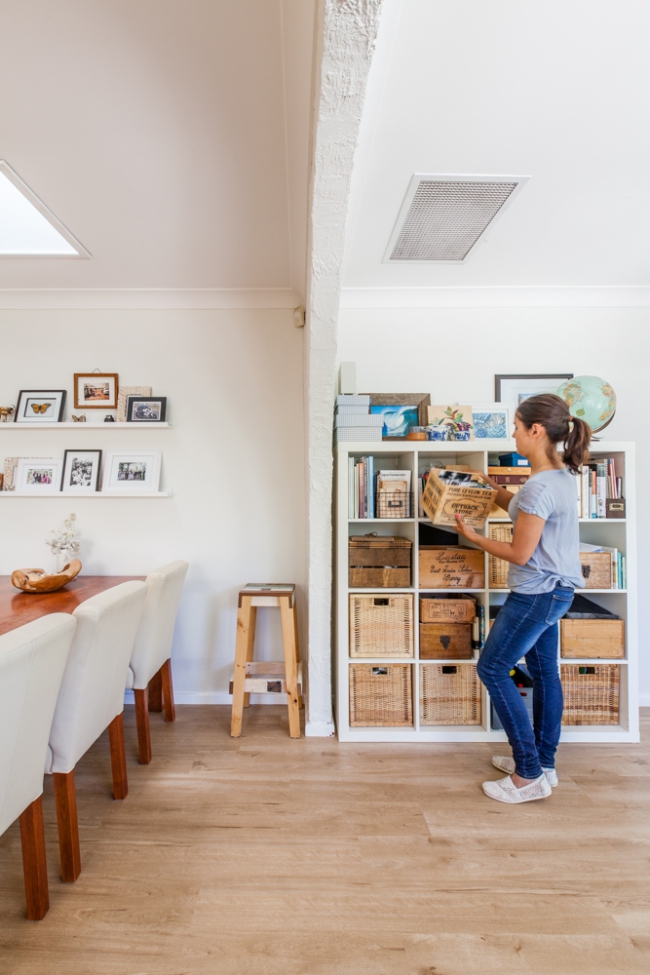 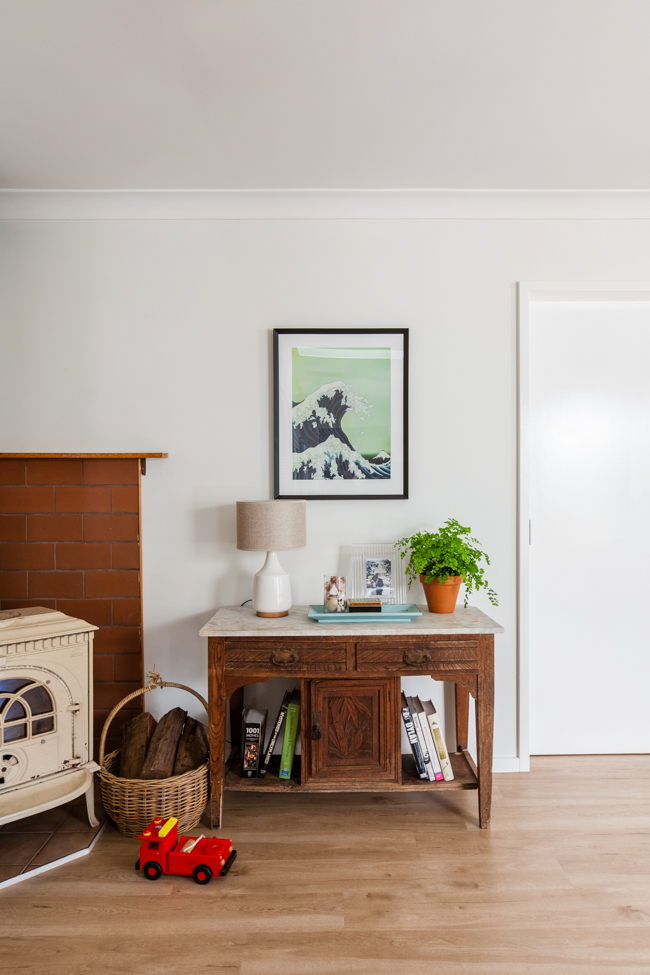 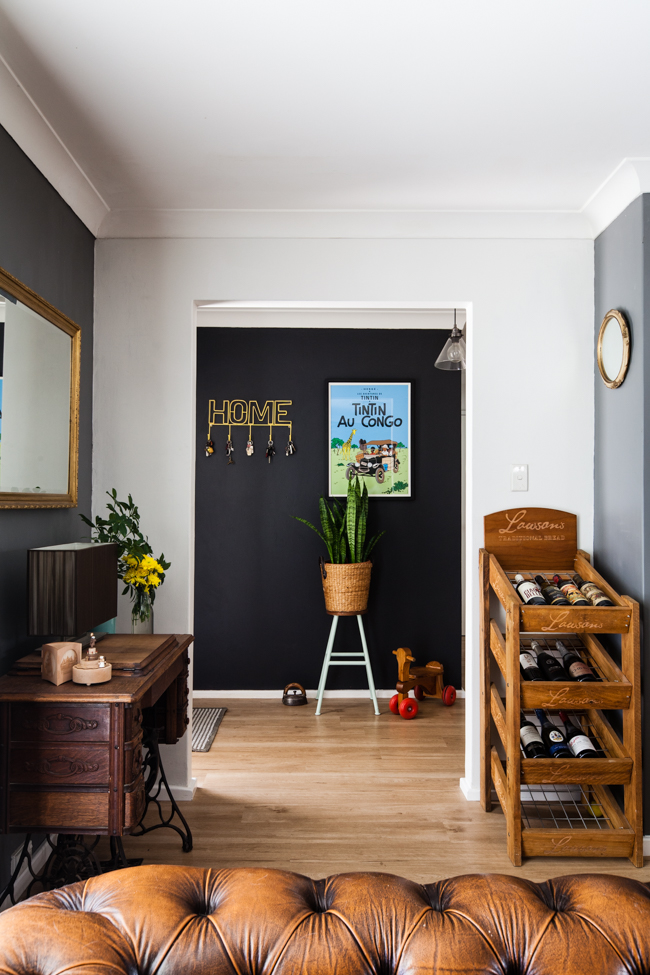 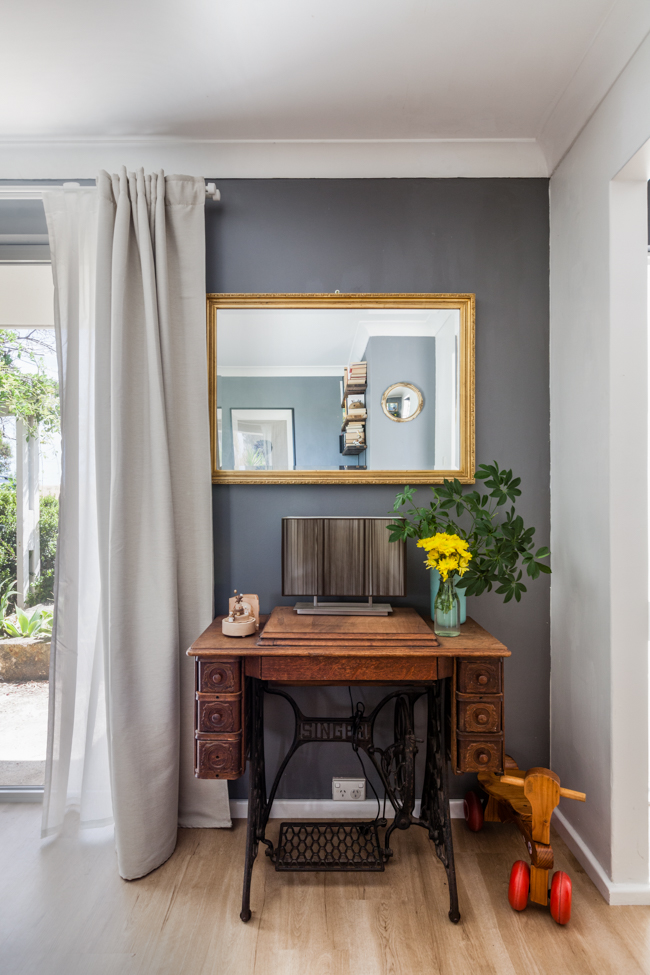 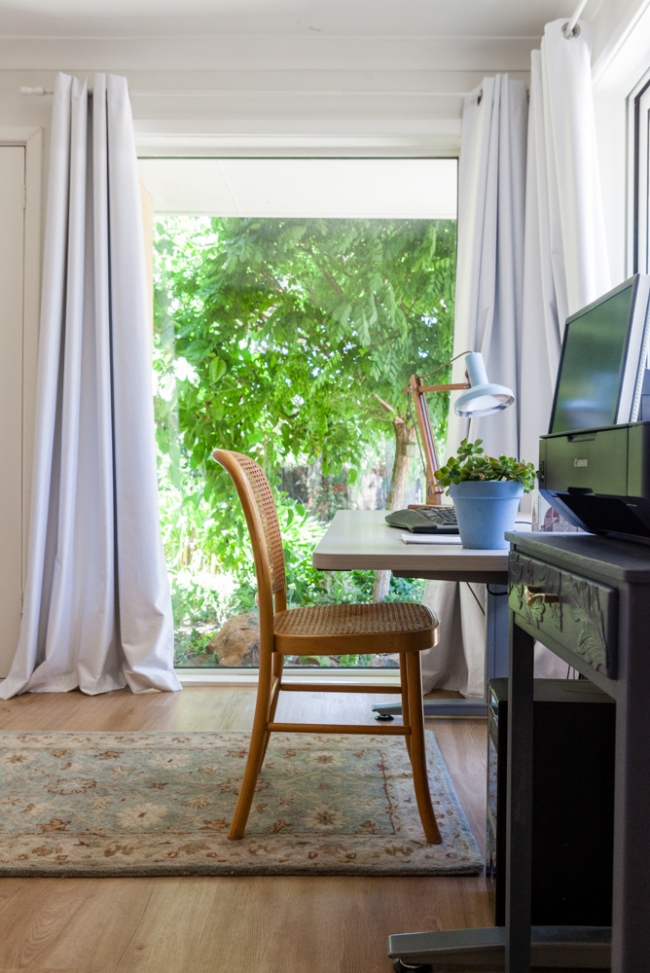 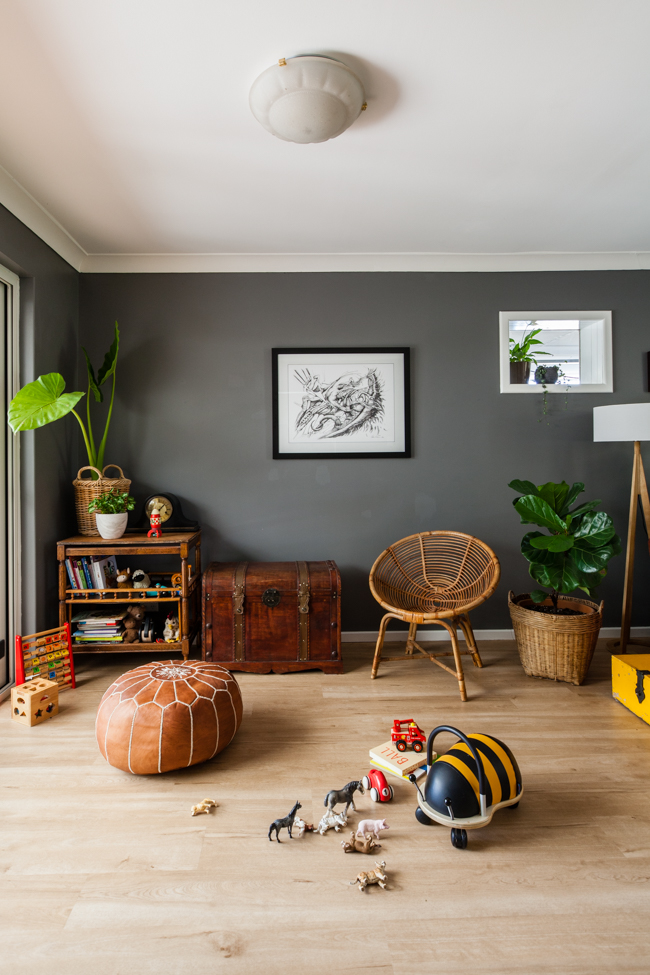 I’ll be sharing more details about our floors very soon – a little later in the week I’ll be answering a whole lot of the questions I’ve been getting about vinyl floors from people who have already seen ours on Instagram etc.

So if you have any questions about vinyl flooring, please feel free to leave it as a comment and I’ll make sure I answer it in my post! Maya x

Jane - Friday, November 18, 2016 at 6:02PM
Your floors look amazing. How did laying the boards over your existing floors affect your kitchen bench heights in the kitchen and did you have to take anything off the bottom of your doors? Do you know if the boards you used can be put over slate (the bane of my existence )? Thanks....love your work.
Reply

Libby - Saturday, November 19, 2016 at 5:21AM
The transformation is amazing! Great choice. I have a question about your wood heater. It is a real pain to clean under? I'm trying to decide what style to get. Thanks!
Reply

Maya from House Nerd - Monday, November 28, 2016 at 11:31AM
Hi Libby! Thank you. We do sometimes get dust and spiderwebs behind the heater BUT that said that is probably when I've been lazy and haven't cleaned it often enough. It's really not too hard to vacuum and clean behind and under it at all. I use one of those green mops from Bunnings with the removable microfibre heads. Jotul do make amazing more modern woodfired heaters and my sister in law has one - it's clean-lined, looks fantastic and not hard to clean behind so I would definitely recommend them.
Reply

Niina - Saturday, November 19, 2016 at 9:11AM
Your floors are so nice!! I'd love to know the price breakdown of buying the vinyl and installing it.
Reply

lee - Saturday, November 19, 2016 at 12:19PM
Love the new floors. Your beautiful style in the furniture pieces stands out the most to me - love it all!
Reply

Helen - Sunday, November 20, 2016 at 7:04PM
I love your new floors! I have slate floors and would love new floorboards but the only thing that puts me off doing it is having to get rid of the slate tiles first (imagine the mess!!!) Can you mop vinyl floors? Also, do they scratch easily? I bet you are so happy with them ????
Reply

Rachel - Monday, November 21, 2016 at 10:11AM
I have been reading your blog for some time now and you've provided so much inspiration and (possibly more importantly!) motivation with fixing up my little old 1960 house! I have concrete floors in my bathroom and laundry (and not the "cool" kind) and I've been thinking about laying a similar type of waterproof boards straight over the top... do you have to glue them down? Or secure them down in any way? Or do they hold themselves down with their own weight? Your floors look fabulous by the way!
Reply

Victoria - Friday, February 3, 2017 at 8:14PM
Hello! Would love to know - did you have to rip up all existing flooring? Or is this laid straight on top??
Reply

Sally - Sunday, February 12, 2017 at 5:04AM
I love your floors and your wall colours are great. I can see how well the floors tie the room together (apologies to The Big Lebowski) and continue the flow, the lightness and add warmth. Very cool!
Reply

Maya from House Nerd - Wednesday, February 15, 2017 at 3:34PM
Hehehe thank you Sally! Feels like FINALLY we have finished renovating the interiors, now. No matter what else we did in the rest of the house, it all still looked unfinished until the floors were in!
Reply
Post a Comment
Thanks for your comment.