So if you could afford a house that cost 25 million dollars – would you buy one?

Recently I went to see this huge, beautiful 1890s house in Peppermint Grove for the paper. I'd always admired this house from afar when I visited Peppermint Grove and was quite happy to be asked to stickybeak inside! It seemed so mysterious and majestic, set so far back from the road. This place has many people intrigued - partly because it’s absolutely beautiful, partly because it's now on the market with an asking price of just a cool $25 million. 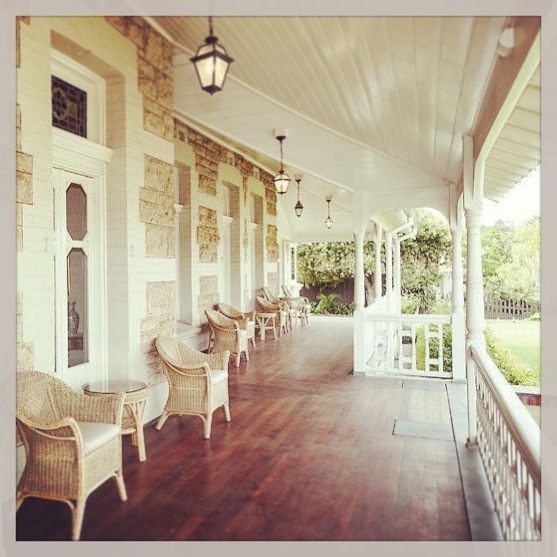 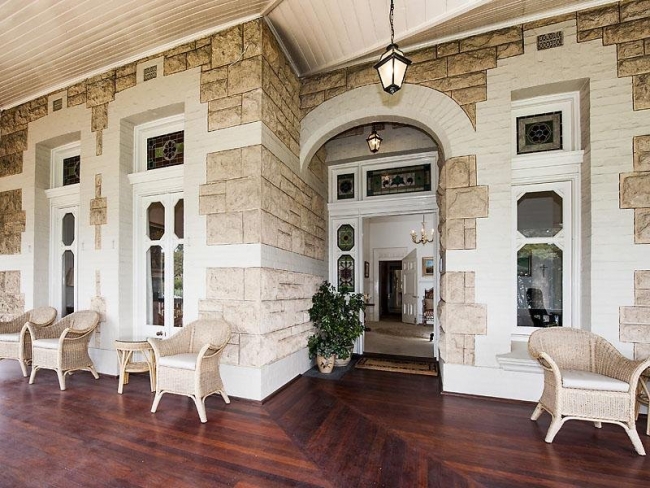 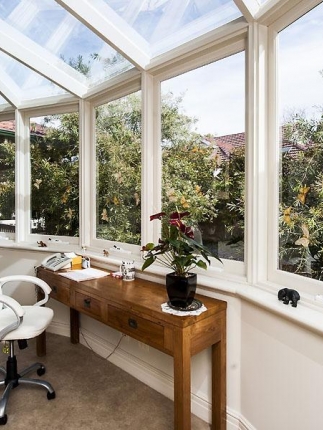 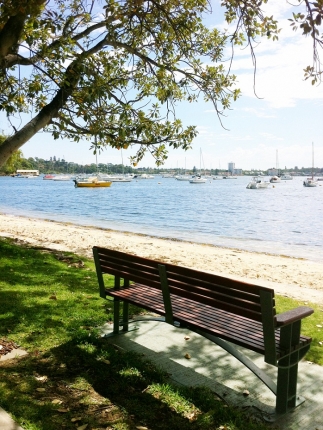 ABOVE: The writing desk conservatory space off the kitchen. ABOVE RIGHT: The house is on 4,080sqm of prime riverside land. 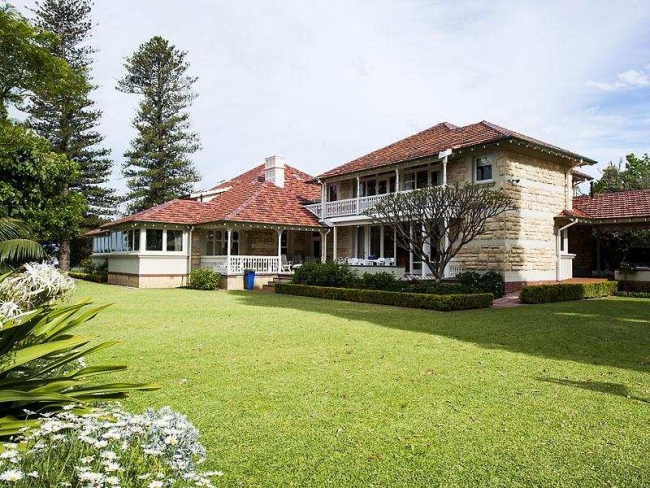 ABOVE: The owners raised their nine children in the house. The children's bedrooms are upstairs while the main suite is at the front of the house on the ground floor. 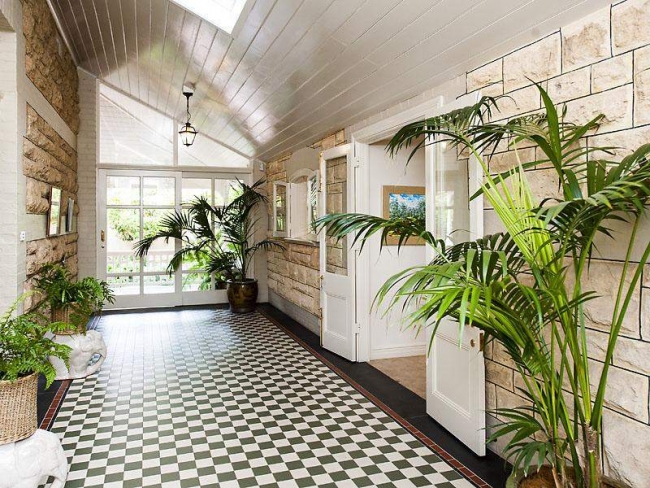 OLD FROM NEW: This breezeway separates the old part of the house from the extension at the back. It can be fully opened up when entertaining. The extension encompasses an open-plan kitchen, living and dining that opens up onto a terrace that overlooks the gardens.

I think you imagine a house worth $25 million and instantly you start thinking of over-the-top interiors like the houses on MTV’s Cribs - like indoor swimming pools with slippery slides, Swarovski-encrusted wallpaper, indoor rock-climbing walls, a personal bowling alley, your own private McDonald’s... 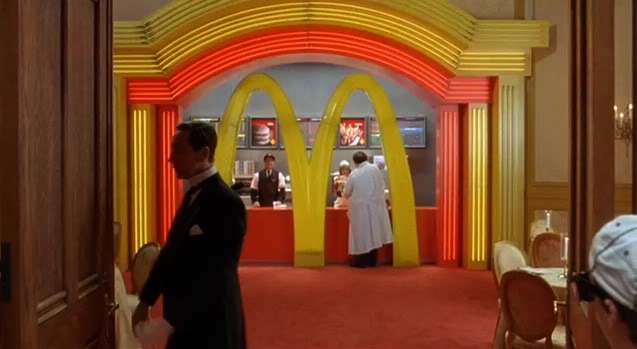 "YOU HAVE YOUR OWN MCDONALDS??" Remember this bit in Richie Rich? I remember this being one of my favourite childhood movies at an age when I was still blissfully unaware of the meaning of product placement.

NOT 50 CENTS: This is 50 Cent’s Connecticut home which appeared on MTV's Cribs. The house was put on the market for uh, *only* $18.5 million and features 19 bedrooms and a nightclub with a swing hanging from the ceiling.

But here it’s predominantly the land that makes this house, Chiritta, so valuable. The home sits on two elevated lots totaling 4,080sqm of riverside land in Perth’s most expensive and exclusive suburb, Peppermint Grove (the third most expensive suburb in the country). 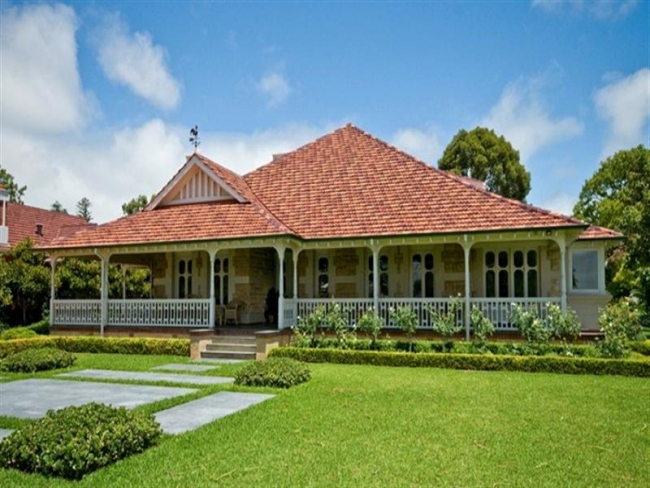 ABOVE: The gardens are mature and beautifully cared for, with copses of lush tropical greenery that remind me of resort hotels. At the rear of the home is a tennis court with night lights. THE VERANDA: I would sit out here all day, and take my work outside and work while enjoying the river breezes. One of the home’s selling agents, Mack Hall, tells me the current family love entertaining here, with many a party and wedding with marquee held on the lawns. “The current family has been very, very happy here,” he says. “It’s an amazing place with an intangible beauty.” 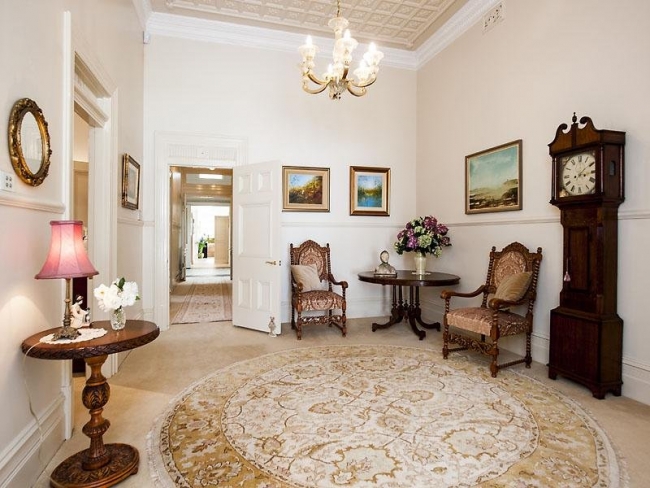 ABOVE: The entrance foyer. 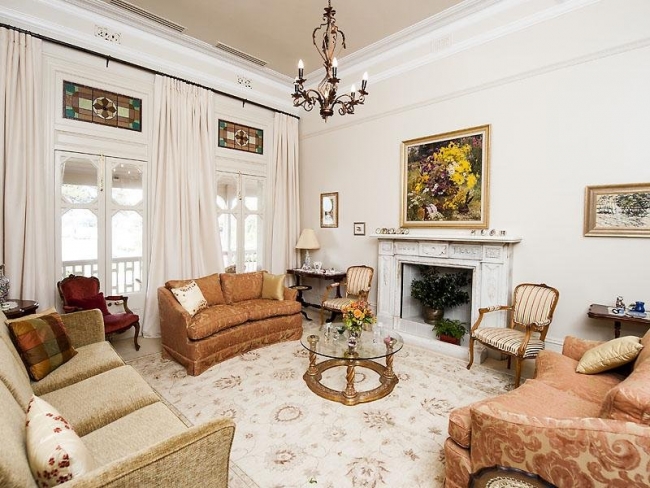 ABOVE: Formal living areas include this formal lounge and there is also a formal dining. I would pull up the carpet and polish the timber floors that would be sure to be lying underneath.

The house is lovely - limestone walls, ornate ceilings, big wraparound verandas that give views across the rolling lawns and river beyond. It was built in the 1890s for police magistrate Augustus Roe on a huge riverside block. Across the way is the yacht club and just nearby rolling parklands.

The house has only seen two owners in its lifetime. It stayed in the Roe family for more than 60 years until it was purchased by Channel 9 co-founder Denis Cullity and his wife Ann, who raised their nine children (!!) in the home. The Cullitys are now looking to downsize from the seven bedroom, six bathroom home which features writing rooms, studies and numerous formal and informal living areas.

A sweeping driveway leads up to the elevated house, set far back from the river and surrounded by rolling, perfectly manicured lawns. With Chiritta being heritage-listed, the house can’t be knocked down (nor would anyone want to, I would hope). So the large plot of land cannot just be redeveloped and it looks like the rolling lawns and resort-like gardens are here to stay, which is nice. 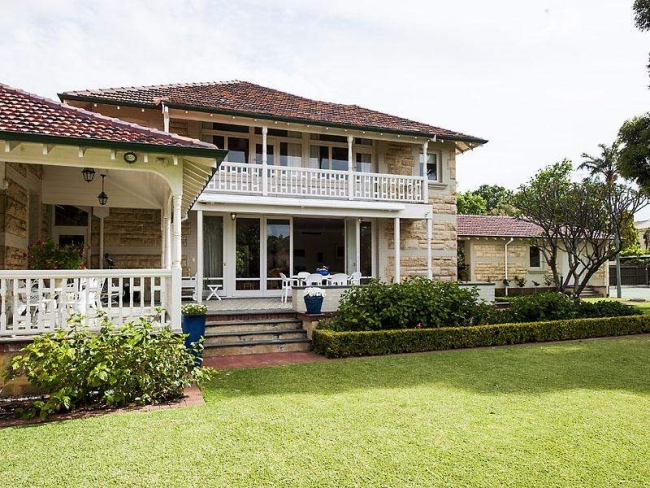 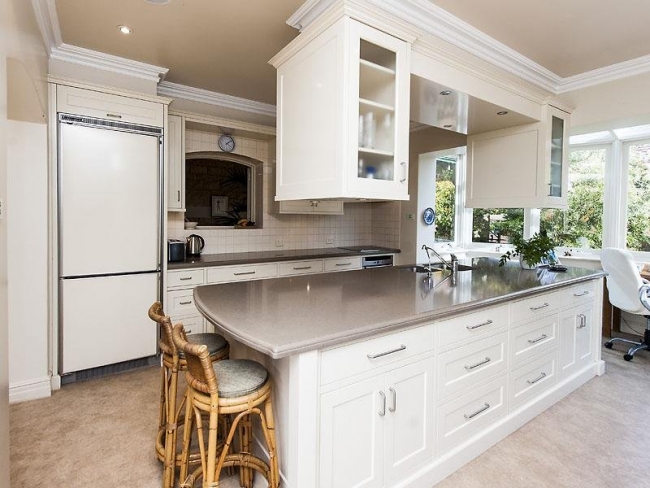 ABOVE: The kitchen with stone benchtops. 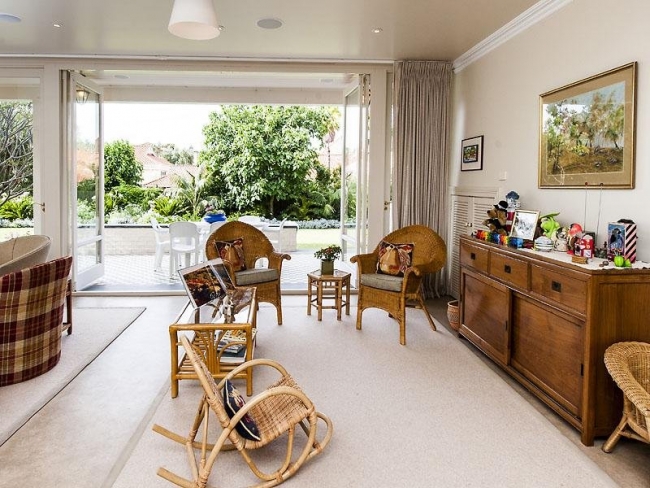 WARM AND INVITING: This is the open-plan informal living area that flows off from the kitchen. What I liked about the interiors was how down-to-earth they were. I know that’s a terrible way to describe interiors and I am not doing my best (I need coffee. Direct to the veins) but the house was warm and comfortable, with quirky knickknacks and the kind of familiarity of your best friend’s house when you were growing up. I suppose I was expecting people who live in a $25 million house to have every corner professionally styled to the hilt, and instead smiled when I saw the plastic outdoor furniture, below. I like this home. 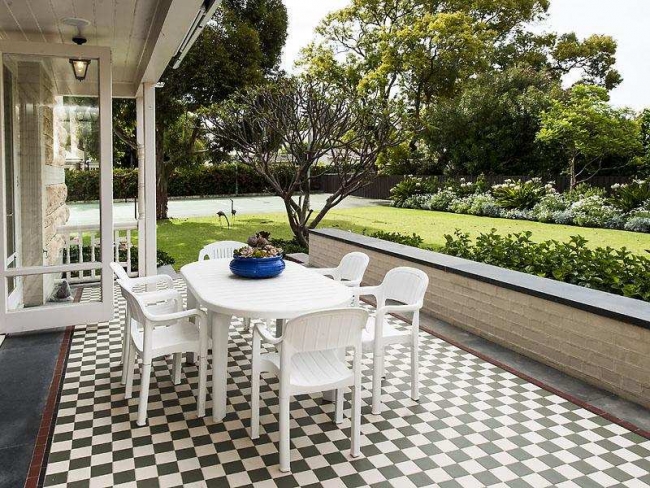 ABOVE: The terrace overlooks the tennis court at the rear and the rolling lawns, where a pool was filled in. 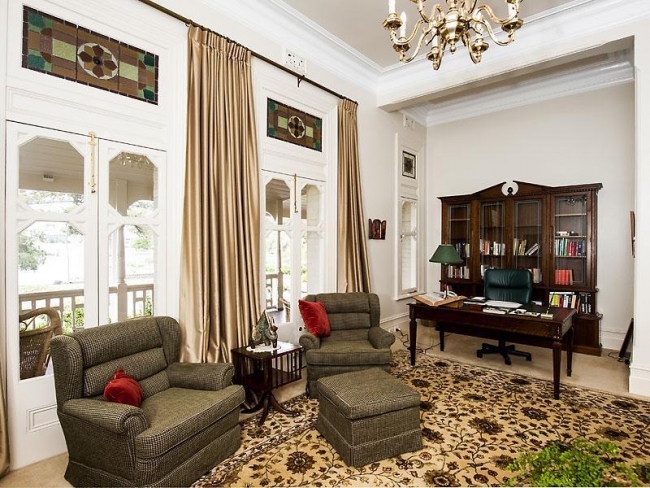 ABOVE: The breezeway that separates this, the older part of the home, from the new.

Walking through the house I find myself taking so many turns I actually lose my bearings and have to figure out where I am (although I’m the kind of person who can still get lost driving home from work). I love houses with winding floor plans and corners and private rooms to get away to and this house ticks those boxes beautifully. Upstairs are numerous children’s bedrooms that all overlook pretty treetops. It’s clear that the owners definitely had more than enough space for nine children! Can you imagine playing in those gardens? I think I would still roly-poly down the hill as an adult.

But personally although this house is utterly lovely, even if I WERE wealthy enough, I don’t think I would ever fork out $25 million gold ones for a house, any house, no matter how lovely. Because I know I would be perfectly happy in a house worth a hell of a lot less. 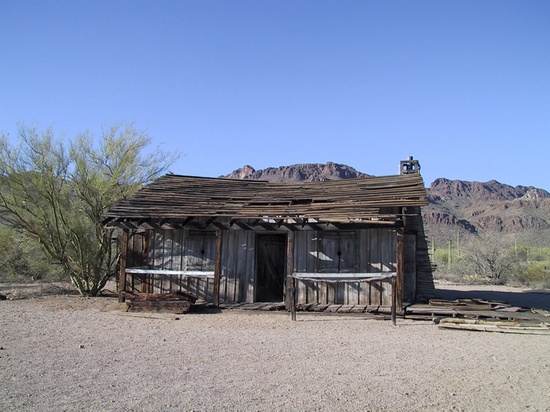 Ok maybe that was a shit example. But you get my point.

What about you? Maya x

Jen - Tuesday, March 12, 2013 at 5:24PM
Never! Not even IF I COULD afford it. I'm quite happy with our sometimes squishy but still beautiful 2x2 cottage! A house doesn't have to be grand to make you happy x
Reply

Maya from House Nerd - Wednesday, March 13, 2013 at 8:13AM
Hahaha :) You could then cheer them up saying that on the plus side, this place is big enough that they could all move in. Jen I echo your thoughts, a house doesn't have to spacious and grand to be a happy home. 2x2 cottage sounds good to me.
Reply

Crystal Patterson - Saturday, March 15, 2014 at 12:17AM
So.. I was trying to figure out if this house was familiar because I'd read this article before, but then the penny dropped - I used to clean the house next door. Oh, I'm such a pleb. Shine your boots, governor?
Reply

Maya from House Nerd - Sunday, March 16, 2014 at 8:18PM
Ahhh how funny! Good old small world Perth. I don't remember what the house next door looked like, but I probably would have been shining shoes while staring at this one in a creepy fashion.
Reply
Post a Comment
Thanks for your comment.